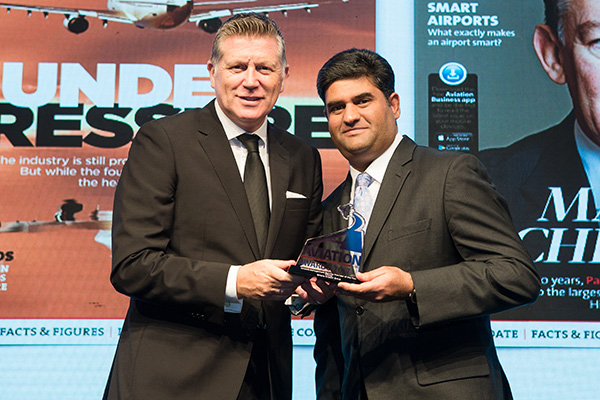 This award is presented to the company that has consistently delivered world-class aircraft management services to clients within the Middle East during the past 12 months. Nominated companies must provide evidence of exceptional performance, including examples of business innovation.

Commenting on the award, Paras Dhamecha, Managing Director, Empire Aviation Group, said: “Empire Aviation Group is delighted to win this prestigious award for the third consecutive year and it is a fitting way to mark our 10th anniversary. The award is a recognition for the entire EAG team, which is dedicated to supporting our aircraft owners with a very highly personalised level of service and a unique asset management approach.”

The company, which launched in 2007 in Dubai, has a team of 120 aviation specialists, and has expanded operations across the globe with branches in India, San Marino and Hong Kong, as well as a dedicated sales office in the USA. EAG operates one of the region’s largest managed fleets of business jets, with more than 22 aircraft based in Dubai, Oman, India, San Marino, Hong Kong and Nigeria. The company continues to expand and develop with new aircraft added to the managed fleet across all the company’s global operations, and new services added to enhance the aircraft ownership experience.

The Aviation Business Awards 2017 ceremony honoured the entire spectrum of industry achievements, including the airline, airport and cargo sectors, along with support services companies. Nominations were assessed by a prestigious panel of experts, selected from within the Middle East aerospace industry. Organised by ITP Publishing Group, the 11th annual Aviation Business Awards took place in Dubai, celebrating winners across 15 categories.