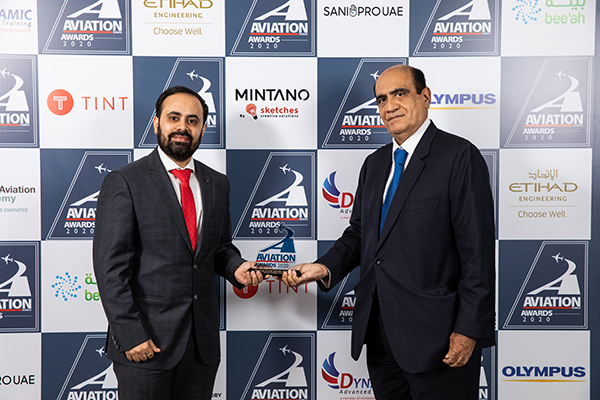 “This award is a team award,” said Harish Sadarangani, director, quality assurance, Empire Aviation Group. “It’s thanks to our owners and stakeholders who have put trust in a strong team which has been delivering for the past 14 years. We intend to stay at the highest calibre. Starting our journey in 2007, we have grown tremendously, we have expanded our revenues and services around the globe.

“We did expand into the African zone in around 2015, which we are now further enhancing and we plan to expand our future operations beyond that. Especially with 2020 being a testing year, we have survived the COVID-19 scenario.”

The Business Aircraft Operator of the Year Award is conferred to the company that has consistently delivered world class aircraft management services to clients in the Middle East.

This sector in particular has done a terrific job in adapting to new air travel trends in recent months, so the final decision was a very close one.

Empire Aviation Group was one of the first ever business jet operators in the Middle East and boasts a strong pedigree.

Securing new footholds in North Africa, the company has positioned itself to explore fresh markets when borders reopen fully.

Empire played a key role in repatriation efforts between the UAE and India at the height of the pandemic, connecting people where airlines were unable to.

No doubt Empire will help to reaffirm the Middle East as a global capital for business aviation in the coming months.